Doing business in China: what you need to know 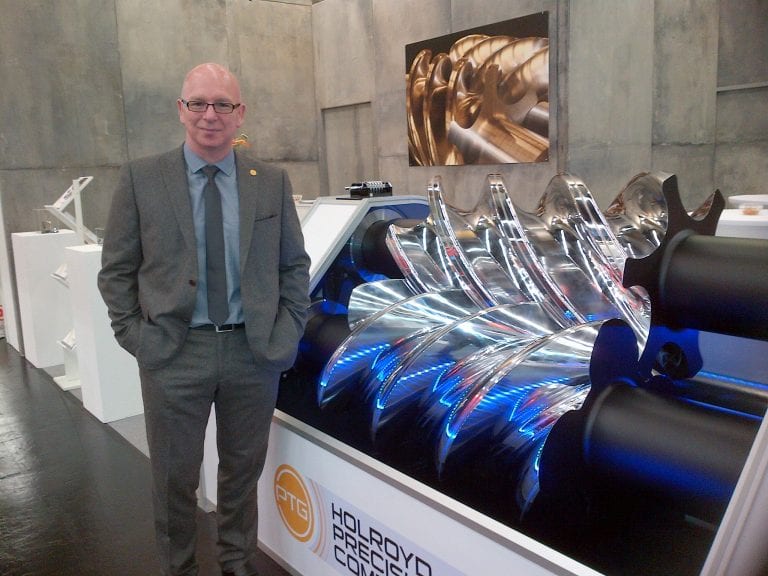 Doing business in China is a world away from what many western businesses are used to. But, as the Chinese economy is growing steadily, it’s a territory that should be ignored at your peril. Boasting the world’s second largest economy by GDP, China has been on an enviable growth trajectory for the best part of three decades.

For businesses wanting to progress into China, however, it can be difficult to know where to begin. Our partner, Neil Humphreys, caught up with one man who has successfully done just that. Tony Bannan is Group Chief Executive Officer of Precision Technologies Group (PTG), which manufactures high-precision, special-purpose machine tools as well as precision parts in substantial volumes.  PTG’s UK manufacturing facility and headquarters are in Rochdale, North West England, but the company also has a precision parts production line in Chongqing, western China, and has recently opened a third manufacturing facility, in South Carolina, USA.

In 2010, PTG’s businesses were acquired by the Hong Kong-listed corporation, Chongqing Machinery & Electric Co. Ltd (CQME). CQME is a large scale equipment manufacturer, employing approximately 10,000 in its machinery division.  Here, Tony outlines his thoughts on doing business in China and offers tips for businesses considering following in his footsteps.

Hi Tony. You’ve been doing business in China for over two decades – how has the country changed in that time and what’s it like now?

China is changing rapidly. The amount of change in the last 10 years is astonishing – it’s barely recognisable as the country I first started visiting and trading with in the early 90s. The mass mobilisation and population shifts from rural to urban areas have completely transformed the country. I don’t have a crystal ball, but I fully expect China to be the world’s largest economy within the next 20 years, and the nation’s influence will spread even wider internationally, not just in trade and commerce, but socially and culturally, too.

What’s the Chinese strategy when it comes to business?

The Chinese have aggressively pursued growth and technological development through smart acquisition and investment. By buying out companies with world-class skills and technologies, Chinese businesses have adapted quickly, rapidly innovating to accelerate R&D and product development in a way that would have taken many more years had they chosen instead to hone those skills from scratch. Quality-wise, standards are improving, and international perceptions of ‘made in China’ have changed, thanks in part to this acquisition strategy and rising levels of product expectations.

It’s not just R&D and technology that are of interest to China. There’s also a focus on improving HR processes, management practices and productivity, all of which are key objectives in a typical Chinese acquirer’s strategy. Chinese business leaders recognise the importance of the systems and processes that underpin a strong business and are keen to learn and leverage these skills.  And, if done correctly, the rewards can be huge; there are tremendous opportunities for UK businesses to grow if they work and trade with Chinese partners, whether as an acquired entity or in a more conventional supplier/customer relationship. The key factor is genuine mutual benefit, and being clear that the enterprise – whatever shape it takes – will deliver synergy.

What about the downsides? Are there any drawbacks that businesses considering entering China need to be aware of?

Yes there are, just as you might expect. Cultural traditions and differences can be a significant factor, and it’s important to understand some of the basics. People of all nations have their own way of doing things, and Chinese people are no different. For example, showing respect for age and seniority, rank and position are particularly crucial in China. Junior people – in terms of age and rank – usually defer to senior people, and it is rare for a younger colleague, no matter how well trained or educated, to challenge someone in a senior position, for fear of appearing to be disrespectful. This is very different from the western tradition, where young, ‘fresh’ newcomers are encouraged to challenge the ‘old guard’ and bring new thinking. Obviously, such tradition could potentially hamper progress in China, so businesses wanting to succeed there need to understand and respect these traits and manage change with care.

That said, it is also very important to stand your ground if you want your deal to work.  More than 30 per cent of Chinese acquisitions fail in the first five years, many because the acquired business did not maintain its own identity or niche strengths. Remember that the Chinese value our skills and ways of working, so it’s important to resist changes that alter this for the worse. One way we’ve addressed this is by bringing cohorts of Chinese over to the UK for around six months at a time to completely immerse them in PTG’s way of working.

Inevitably, there will be learning on both sides. It’s normal to have communication difficulties, and face challenges in understanding, and businesses must be prepared to tackle these head on but diplomatically.

What has the impact on your business been like?

The benefits to PTG have been positive and significant. The acquisition enabled an injection of cash which allowed us to increase investment in capital and facilities – for example, the launch of our latest base in South Carolina, which has not only expanded our presence in our market but also allowed us to reduce import tariffs and transport costs, increasing our competitiveness in USA. Similarly, we now manufacture rotor parts and precision screws in China and so can supply orders in the country from our factory there rather than shipping from the UK – again, increasing our competitiveness.

The Chinese tend also take a longer-range view of capital investment returns, and generally expect full recovery in two to five years, rather than in one to two years, which is the norm in western companies – particularly in stock-listed and private equity-backed businesses. This longer perspective enables us to evaluate opportunities in a much more strategically realistic way, and allows us to make decisions based on sensible data.

Any final words of advice?

Be open to new perspectives, foods and different ways of doing things. China has a unique, fascinating culture and efforts from a westerner to learn about it will be well received. Learn a few words of Mandarin – even if only enough to introduce yourself and say hello properly. Chinese people are amongst the most welcoming in the world, and if you embrace their traditions, they will value you greatly. Modesty is valued, as is treating people with respect. Relationships are hugely important in business and society generally, and once established, should be prized.

Want to learn more about doing business in foreign markets? Read our conversations with experts on India, Australia and Brazil.