How to use communications to effectively handle a crisis 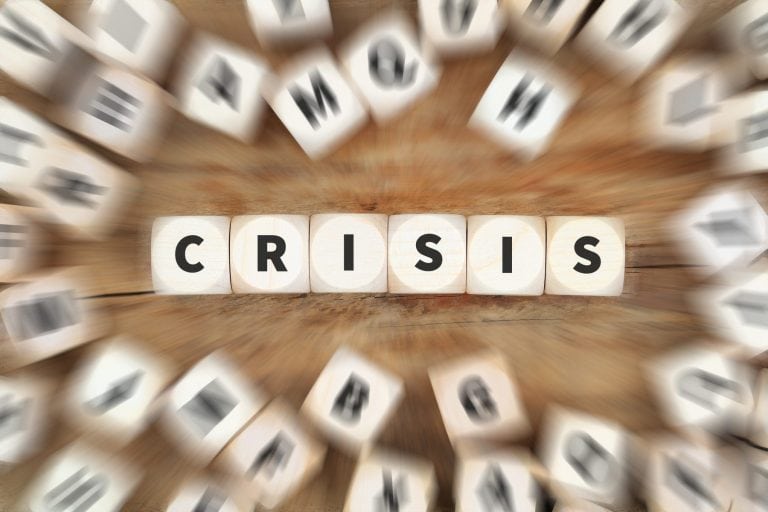 No matter where the headquarters are, how many people are employed there or which industry it falls under, all companies will experience a form of crisis at some point – from a product recall to employee lawsuits, anything is possible.

Putting procedures in place, troubleshooting and carrying out audits are all courses of action to try to evade such damaging events but, sometimes, no matter how much preparation goes into avoidance, something can still go wrong.

It’s important to be as prepared as possible for any situation and the right use of communications can be central to limiting damage caused by crises.

What constitutes a crisis?

In executive search, we’re all about people. While we’re no experts in crisis management, handling crises relating to personnel – such as executive exits, staff shake-ups, or individual employee or management misconduct – can be one of the most challenging aspects of corporate communications. But, crisis comes in many other forms, too. It could be: financial – in the form of losses, increased costs or even bankruptcy; technological – such as software failures; or contextual – like global incidents or even natural events.

These incidents almost certainly come without warning and have huge potential to impact business reputation, so companies need a strategy in place to know what to say and how to respond, both internally and externally, when the questions start flooding in. Planning and reacting quickly to all stakeholders is often the best defence against the miscommunication risks associated with crisis.

Not so United Airlines

In light of recent events concerning Ryanair and Monarch, we thought we’d take a look at one of the greatest aviation mishaps of recent times, what unfolded and what we can learn from it.

United Airlines suffered a shattering crisis when a video of security officers dragging a passenger – later identified as 69-year-old doctor David Dao – off one of its planes went viral across social media.

The crisis saw United’s CEO Oscar Munoz lose his communications crown after experts criticised him for overly callous responses and an attempt to dismiss the incident rather than address the company’s mistakes.

Instead of showing intent to make things right, United Airlines’ numerous apologies lacked compassion and acknowledgement of the seriousness of what the video showed. Right from Munoz’s initial response, the management of the situation was poor, almost non-existent, and the fiasco resulted in legal action from David Dao, a $1 billion drop in market value and an eternally damaged brand.

What can we learn about crisis management?

It sounds obvious, but it’s essential to pre-empt negative events so you’re fully prepared if a situation like the above should occur. Each crisis will require a bespoke response, but as a starting point, you should consider the following:

Communications plan – Where is your crisis communications manual? Do you even have one? Having a proactive and comprehensive crisis strategy is paramount – make sure it’s revisited, rehearsed and updated regularly.

The team – Identify appropriate people within the business who are excellent communicators. These people will act as official spokespeople and are usually in senior roles, such as CEO or managing director, legal, public relations and other front-line representatives. Creating a pool of people to ensure someone is always available is recommended. Once agreed, hold regular meetings to discuss key messages and responses, expected questions and preventable solutions, together with best and worst-case scenarios for a number of situations. Although Oscar Munoz was the correct person to respond in the case of United Airlines, identifying the spokesperson is just the first stage of a comprehensive strategy.

Immediate response – Develop a holding statement, key messages and potential media questions that will form the initial stages of the crisis response plan. These will be drafted and approved in advance of cases becoming public. The response needs to cover traditional media, social media, broadcast and face-to-face meetings. Good crisis management should acknowledge and apologise for known failings immediately – something that United Airlines missed in the case of Dr Dao.

Simple notification system – It should enable all enquiries to be dealt with quickly and efficiently – from handling the initial enquiry and notifying the allocated team, to issuing the holding statement and agreeing on appropriate timings for response. United was condemned for a lack of sincerity in the aftermath of the viral video crisis, so this should also be considered when agreeing responses.

Internal approach – Your employees are your most important stakeholders during a crisis and there’s a risk that poor internal communications weaken external efforts. It’s likely that members of staff could engage in conversation with someone from outside of the company walls that may lead to enquiries, so agreeing an approach is fundamental.

In the case of United Airlines, the CEO sent a reassurance email to staff that was leaked to the media. The internal team communicated different messages to different audiences and employees were not shy about exposing this to the public – resulting in a domino effect of errors. Improving internal communications will not only help in a crisis like this, but will increase employee engagement, allow you to build morale and stronger teams and enhance your company’s competitiveness.

Howgate Sable has 30 years of experience placing key executives and leads the way with executive search in a number of industries. For more about our practice groups, click here.