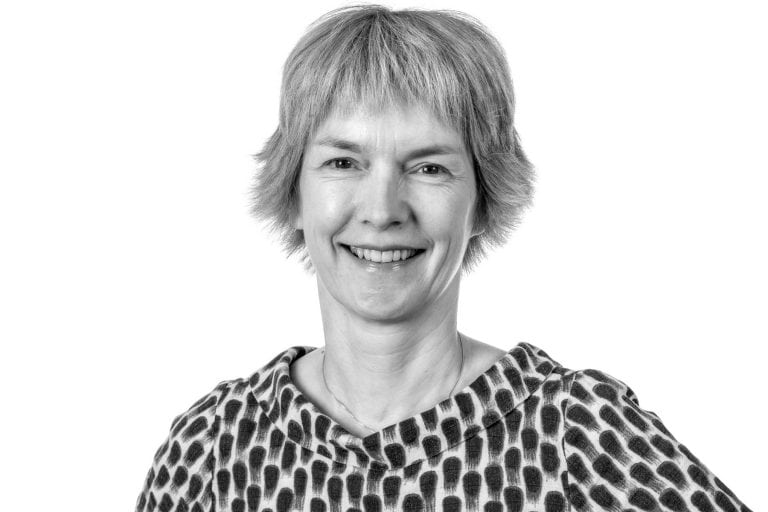 Alison Sharman is director of finance and support services at Howgate Sable.

1. What’s your background and how did you come to work at Howgate Sable?

I read Maths at Oxford and then went on to train as a chartered accountant and chartered tax advisor with Coopers & Lybrand as it was then, now part of PricewaterhouseCoopers.  As a manager in the corporate tax department I worked with clients such as Manchester Airport and Woolworths, but after a decade in the profession and following the birth of my elder daughter, I decided to look for a part-time role. I came across Howgate Sable by chance – my husband happened to be given a complimentary newspaper on the one and only overseas business flight he has ever taken, and noticed the advert for the role at Howgate Sable. The rest, as they say, is history!

2. Why are you so passionate about your role?

The modern finance director role is about so much more than just finance. The responsibilities are varied and constantly evolving, and this is even more true in an SME. We have a relatively small team at Howgate Sable, so my role spans across many functions, including personnel, IT support, risk management and contracts. I love the variety in my day and I’m constantly learning thanks to my wide-ranging responsibilities.

3. What’s been the most satisfying moment of your career so far?

The most satisfying moments are when big projects come to fruition. The conversion from partnership to LLP springs to mind as one and, more recently, the move to our current premises, where I was doing everything from choosing paint and furniture to negotiating the lease. It’s very rewarding to see a project that you have spearheaded complete, no matter how big or small.

4. If you weren’t in executive search, what would you be doing?

I love watching and playing tennis. I play for a club and have my name engraved on the honours board for winning the Ladies Singles. So, if I had the talent, which I don’t, my dream job would be to be a professional tennis player. The icing on the cake would be being famous enough to go on Strictly!

5. What do you consider to be the biggest challenge affecting the search market currently?
The main short-term threat is Brexit, for two reasons – the uncertainty surrounding the whole process and the direct impact on certain markets. Uncertainty in general leads to low business confidence, which in turn leads to a slow-down in search activity. An example of direct impact is the deterioration of the pound, which we are already starting to see have an impact on some retail, consumer and leisure businesses.

6. How do you predict the search market will change over the next decade?
As with most other industries, the pace of technological change is likely to have the biggest impact. I was at a seminar recently where the stark warning was to ‘ignore technological advances at your peril, because if you’re not embracing the opportunities, your competitors will be’.

Having said that, executive search is about partnering with clients and adding value to the search process, so there’s an advisory angle that, in the present climate at least, can’t be replicated by technology. Although LinkedIn was originally set up with the stated aim of rendering search obsolete, it’s also benefited the industry by enabling us to carry out our underlying processes more quickly and efficiently, thus freeing up time to concentrate on the added-value aspects of our service.

7. How has the search industry changed over the time you’ve been at Howgate Sable?
I joined Howgate Sable over 20 years ago, when the entire world was different, let alone search. IT was very much in its infancy and there was no internet, so our processes were very different.  I remember having to ask for a computer that had a spreadsheet function, as all accounts were done by hand!

Search & Selection, as it was then, relied heavily on mind-bogglingly expensive advertisements in the national broadsheets. The response would come in by post. Two sacks of mail would arrive every morning and it would be all hands on deck to open and sort it, never mind assess and respond to it. All very labour intensive.

8. Which individual has inspired you most in your career and in what way?
Not so much an individual, as her book – ‘Wild Swans’ by Jung Chang. The upheaval and adversity she, her family and her country faced during the political struggles in China during the 1960s and 1970s inspired me to reassess my own life and priorities and make that all-important career change when I had a young family.

9. What’s your claim to fame?
I was at Oxford University with Ruth Lawrence, the child prodigy mathematician who, aged 13, was the youngest person to graduate from Oxford in modern times. Although we weren’t at the same college, I got to know her because we shared the same tutor. She borrowed my notes for lecture courses she wasn’t able to attend and her family invited me for a meal one evening to say thank you. The main thing that struck me at the time was how she lived, loved and breathed mathematics, even in her leisure time – she was an exceptional talent.